CBD is now widely studied for its action on inflammation. Existing in several possible forms for use, it is now recognized by many people across the world. Some studies have highlighted its effectiveness in treating inflammatory pain.

Pain in the joints can be associated with many potentially serious diseases, such as rheumatoid arthritis (joints of fingers and wrists often affected first) or spondylartropathy.

It is therefore essential to consult your doctor or rheumatologist to find the cause of the pain and set up appropriate treatment. This is based on painkillers for seizures but also on disease-modifying treatment, which will reduce inflammation and should be started early ( for ex) methotrexate.

Relieve pain and inflammation with CBD

Many people, as well as animal studies or human observations, appear to confirm the positive action of CBD on pain and inflammation.

In a study that can be found by clicking here, which was published in the highly respected “European Journal of Pain”, we used an animal study to see how CBD could affect arthritis, in order to help people who have to deal with this disease. By applying CBD locally to rats for several days, the researchers noticed a significant decrease in inflammation and signs of pain in the subjects concerned. In addition, no side effects were noted. Human studies will have to validate those conclusions.

A further study on multiple sclerosis, a disease that affects the entire body through the nerves and brain, can be found by clicking here. Muscle spasms induced by this disease are very difficult to live with for people affected by it. In this study, it was noted that the use of CBD oil, placed under the tongue, was able to reduce the levels of spacisity that were experienced by a patient. All around the world, CBD oil consumers confirm these benefits. Once again, human studies will be necessary to ensure its effectiveness.

In addition, in this document, you can find a study on the use of CBD to relieve general chronic pain. By compiling several documents on subjects that are composed of a multitude of tests and studies, the researchers were able to conclude that there is substantial evidence to show that cannabinoids are effective in relieving chronic pain.

Finally, in this last study, which was published online in “Experimental Medicine”, it can be noted that scientists have highlighted the effect of CBD on pain and inflammation. For these patients, cannabinoids are a great source of future treatments.

CBD: how to use it

To use CBD, there are several possibilities:

CBD: is it legal?

CBD is perfectly legal in the United Kingdom as long as it contains no traces of THC. 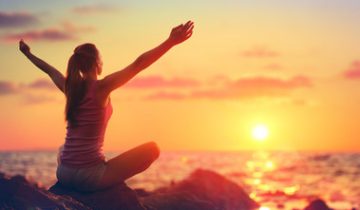 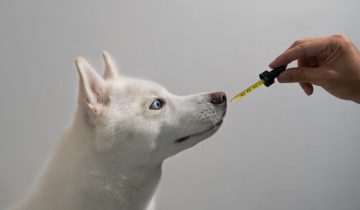 What are terpenes? How to use them with CBD?

Signup to be the first to hear about exclusive deals, special offers and upcoming collections

This website uses cookies to improve your experience while you navigate through the website. Out of these cookies, the cookies that are categorized as necessary are stored on your browser as they are essential for the working of basic functionalities of the website. We also use third-party cookies that help us analyze and understand how you use this website. These cookies will be stored in your browser only with your consent. You also have the option to opt-out of these cookies. But opting out of some of these cookies may have an effect on your browsing experience.
Necessary Always Enabled
Necessary cookies are absolutely essential for the website to function properly. This category only includes cookies that ensures basic functionalities and security features of the website. These cookies do not store any personal information.
Non-necessary
Any cookies that may not be particularly necessary for the website to function and is used specifically to collect user personal data via analytics, ads, other embedded contents are termed as non-necessary cookies. It is mandatory to procure user consent prior to running these cookies on your website.
SAVE & ACCEPT